Speaking up for the library 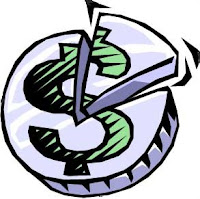 In a week when it seems the world has been focused on our national political scene, I'm reminded of Tip O'Neill's statement: "All politics is local." Municipal politics are the most direct, visceral and accessible, where you can chat with your elected representatives every day, and where they personally know a substantial number of constituents.

Eight days after the November general election, our Common Council will adapt the 2009 City of Appleton budget. This presidential election may have been historic -- heck, when not wearing my library hat, I was involved in some of the state and national races. And we may do a City budget every year -- but I've been stressing more about our local issue than the state and national ones. Our library has a lot at stake.

The issues are not around our operating budget, but on a couple of capital projects: beginning conversion to RFID security and doing program design work for a expanded or new library. RFID got taken out of the budget by Council committee. The next step on a building project got left in --but there are some alderpersons who want to take it out, feeling the timing isn't right.

Last night was the Council's public hearing on the budget, and six people spoke up on behalf of the Library. Some I expected, and some were pleasant surprises:
I'm grateful to them. They all spoke passionately and eloquently on the importance of the library to the community, encouraging public/private partnerships to meet community needs, and the timeliness of our concerns. We hope the voters and their representatives agree.

Our stakes are high: I'm hopeful, but not optimistic, that they might put back RFID, but it will be a long process to implement and we'd like to realize the benefits to our patrons and cost efficiencies sooner. But our building issue is bigger, more long-term, and more time-critical: if the Council takes the building design work out of the budget, it makes it nigh unto impossible to begin fund-raising, and effectively stops the conversation for a year.