The library just received our lion -- and immediately he became a center of attention and attraction for all ages. Though not ours to keep, NEWfasa will be living outside our front door for the next few months as part of the "Lions of the Valley" public art project. The project features the work of 65 local artists, 50 lions and 21 lion cubs on display around the Fox Cities, coordinated by by the Fox Cities Performing Arts Center in conjunction with the Lion King musical later this spring. 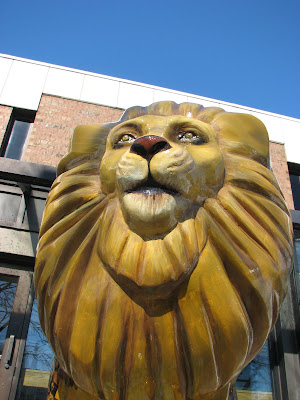 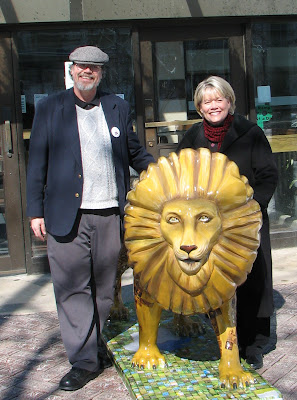 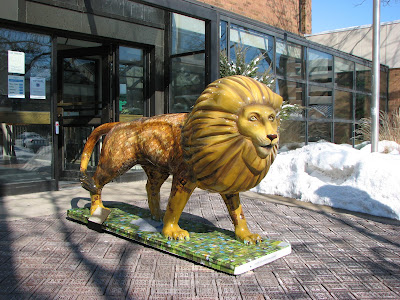